A Pit bull named Victor was rescued by his owner named Malina. We are sure he was very happy to be with his new owner.

And one day she went shopping and took him with her, he had a chance to return a favor and he used that chance. The unsuspected attacker opened a car door, but before he had a chance to get inside the car, pooch let everyone know that he is inside the car by not so friendly bark. Frightened attacker fell to the ground – tripping over himself. Of course, this wasn’t to return the favor, it was because dogs don’t let their own down or let them be hurt. 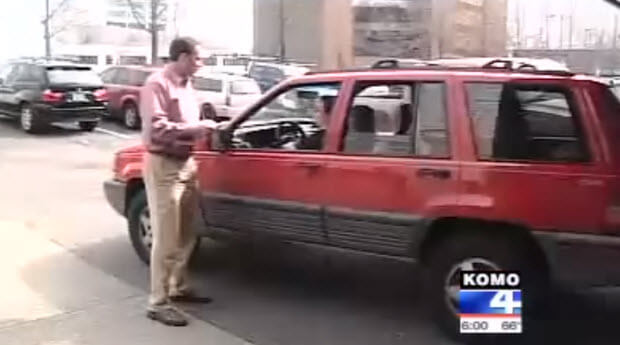