A group of neighbourhood kids took five abandoned puppies only to find out that their mother dog is looking out for them.

This story I’m about to tell you will hopeful give you good vibes throughout the day. It’s about a group of kids who found puppies abandoned at a construction site. The said pups who were only about five days old. However, what kids didn’t know was that the pup’s mom was out looking for food which is why she had to leave her pups in the meantime.

They tried to bottle feed the puppies for two days with the purest intention. When they called Hope For Paws, the rescuers asked the kids to return the puppies to the spot where they found them, hoping that the mother dog would come back looking for her babies.

The children agreed and returned the pups, making sure they have a dog tent to keep the babies. Eventually, the mother dog came back. She realized her pups were back and now she’s very protective. Although small, she’s ready to fight for her pups. 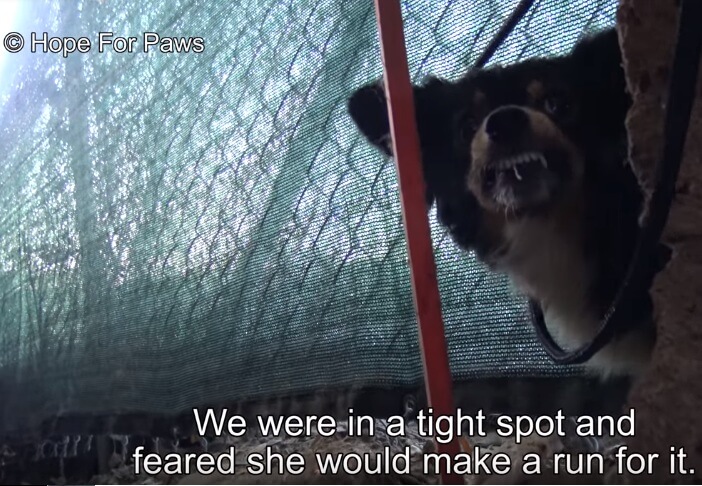 Her rescuers tried to tame her with some food, but she was hesitant to even though she’s very hungry. The mother dog was still anxious. After all, she did lose her pups a few days ago. She was growling at them, showing how protective she was. She tries not to be tempted by food.

The rescuers knew they were in a very tight spot. The mother dog doesn’t trust them and tries to bite the snare when they tried to put t around her neck. They feared she would run, and knew they need to capture her before she makes runs away.

Every time they try to use the snare on her, she would growl and bark. But her rescuers won’t give up just yet. After a few tries, they were able to capture her. Now they need to wait for the homeless mother dog to calm down a bit before they can proceed in rescuing her and her pups. 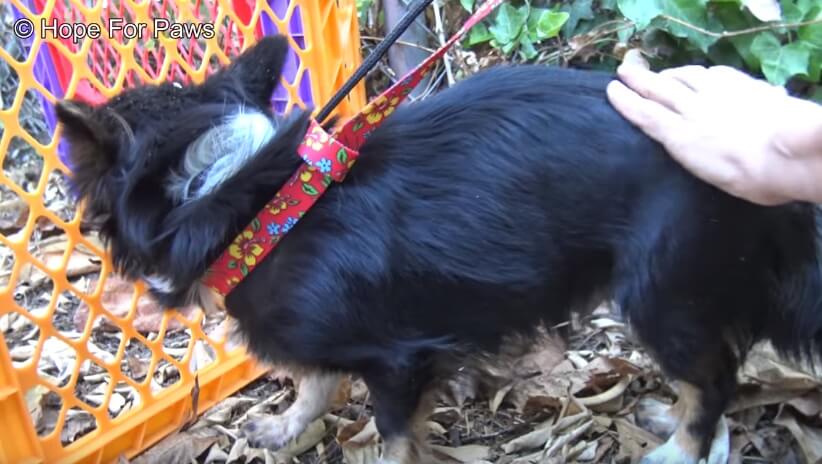