It seems pet-owners are not the only ones who have dogs with them who abuses, neglects or even hurts dogs on purpose. Just like what an anonymous woman witnessed, she saw a police officer hurting a poor K9 on duty.

Image from the footage by wfmynews2.

It all happened on a Saturday afternoon in Peoria. A woman who wished not to reveal herself heard noise coming from her neighbor so she went to check. Once she got a clear view, she began recording but she did not expect what she was able to capture on video.

A police officer began hurting a young K9 – he started kicking, stomping and whipping on the poor dog with a leash. The said dog who was working with them looked to be a puppy and was terrified of its handler. 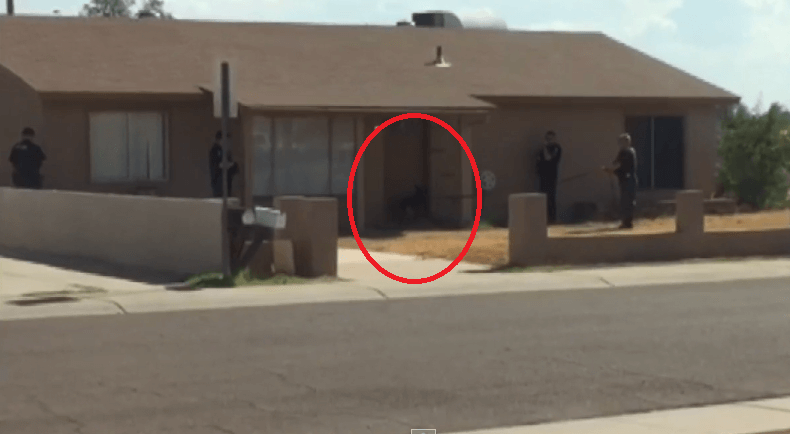 Image from the footage by wfmynews2.

The woman said she wants this incident to be reviewed by the authorities and do something about it. She stated she wants the officer who hurt the dog be sanctioned or at least be spoken to just to make sure it never happens again. Although the dog appeared not be seriously hurt, it’s just not right to treat animals that way.

The Peoria Police released a statement with regards to what happened. They said matters like these are taken quite seriously, and that a full investigation is being conducted. They’ll make sure to follow all policies, procedures and training will be conducted to make sure no K9 is treated in such way.

K9s are not only pets – they undergo strict training to be able and assist authorities in their missions.