Dogs and Pups at a Hellish Mill in Arkansas

It is no secret that there are dog breeders in the country who are least concerned about the health and well-being of the canines. They are not interested in animal welfare, they don’t love dogs and many don’t even understand much about dogs. They are only interested in money.
Over the last several decades, countless people have been convicted for animal cruelty. One of the worst states is Arkansas which doesn’t have any well-formed law protecting the rights of animals and regulating the commercial breeders, private animal shelters and what has come to be known as mills.
Recently, a mill was raided by the Humane Society of the United States. The raid was more of a rescue mission that followed the conviction of the owner of the mill, Sandra Croney. Sandra Croney is a serial offender. She had already been convicted and punished earlier. This time she was convicted of six counts of cruelty to animals.
When the team from Humane Society of the United States reached the mill, they were in for a shock. Ashley Mauceri found a dark room which seemed more like a cave. There was a scared and weak Great Pyrenees mix. Later named Duffy and estimated to be eight years old, the dog was weak, it could not stand up, it could not wag its tail and its fur was matted. 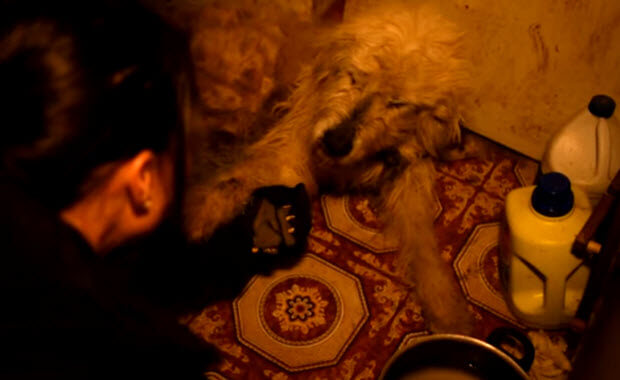