Very touching to watch this old pooch being rescued.

He was living at the water treatment plant when a call came in from one of the employees at the plant that they have spotted a homeless pooch living there. The crew from the Hope For Paws came out to the plant to rescue this senior dog. When he was brought over to their facility and washed his skin was in a very bad shape, because he probably wasn’t bathed for a very long time.

At the facility, he was groomed, neutered and micro-chipped among some other treatments that he received. So, basically, he was prepared for adoption.
At water treatment facility laying on the ground. He was scared and rescuers had to go around and from above to put a leash on him. 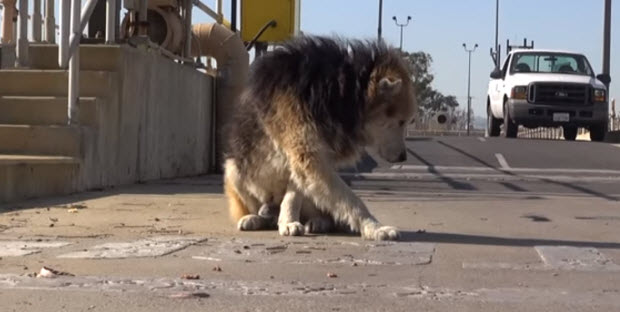 Mufasa was washed, neutered and micro-chipped and treated for infections and parasites. At that point, he was ready to be adopted. 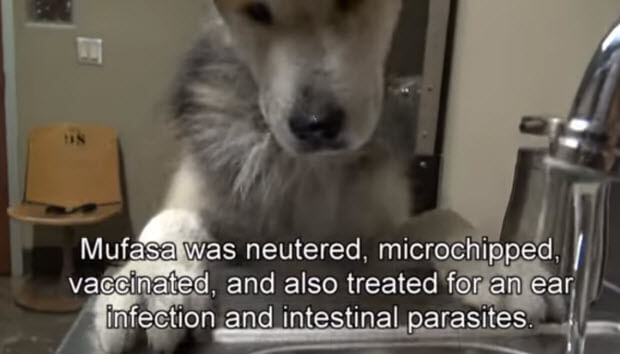