There are always two types of impacts on animals who have been neglected, mistreated, abused and abandoned.

One is the obvious physical impact. The physical impacts are easily diagnosed and there are numerous treatments that vets can resort to. The other impact is psychological. Many dogs recover from the history of abuse but some don’t. Also, there is no way to truly understand how an animal feels about its past.
Recently, a woman in Los Angeles spotted a dog, apparently homeless and in a bad physical state. The dog seemed to be disoriented and was clearly not taken care of. She called up Hope for Paws, a rescue group with bases across California. The rescue team rushed to the spot but not before realizing what they were dealing with. It was not really a dog. It was perhaps a wolf, a hybrid of a wolf and dog or perhaps a special mix breed of husky.
The wolf was picked up by the rescue team. Despite its seemingly large size, the animal was quite lightweight. That is when the rescuers realized that the animal may actually be skinny with overgrown fur. It has overgrown nails and seemed completely shaken. All guesses indicated horrible abuse. The animal was starved, averse to human touch and did not really find itself comfortable in any setting. Fortunately, rescuer Lisa Chiarelli managed to feed her. 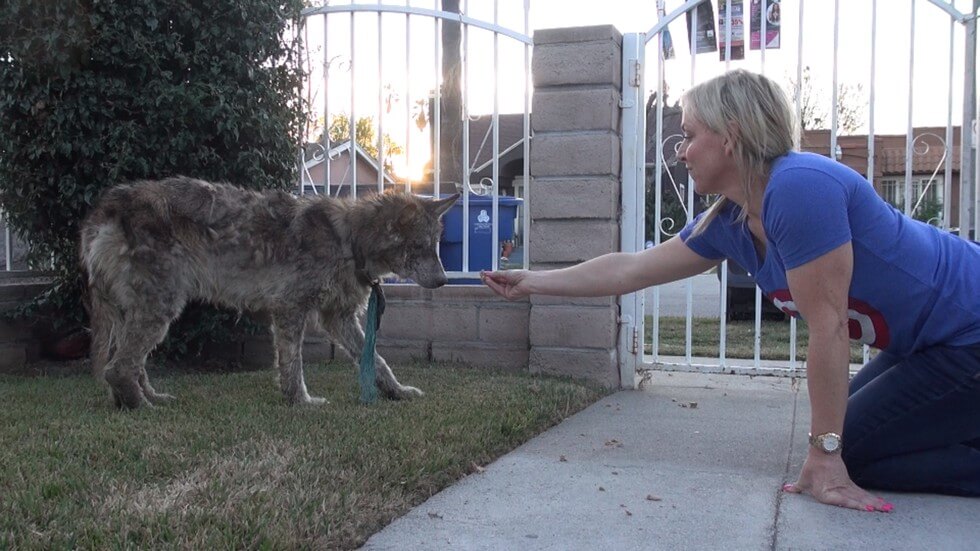