A nightmare is not over, even when it is over.

It lingers, it leaves traces and it remains etched in the conscious mind and then in the subconscious mind. No one ever forgets a nightmare. It is only a matter of time when other memories, hopefully, good ones push back the bad ones. It is not completely lucid how a dog’s brain works but the canines do have a memory, they retain good and bad memory, they develop behaviors according to what they learn and are exposed to, they cherish nostalgia and fret at a recollection of horrid pasts.
Kimberley Slown, founded of Arrow Dog Rescue, has been working with dogs for a long time. She has rescued and saved hundreds of dogs, facilitated adoptions, and foster homes. She brought a battered dog from Gibson County Animal Shelter in Trenton, Tennessee. Known as Niya, the dog was clearly abused as was evident from the marks near and around her nose and eyes. She was probably muzzled and instead of using a safe one the owner had used a can or some sort of thing that had lead to the injury.
Niya had not forgotten that. When she was rescued and was at the shelter, she barely moved, she was depressed and she had no noticeable response when she was to be moved to a foster home. She had tugged her tail firmly between her legs and she was unmoved. 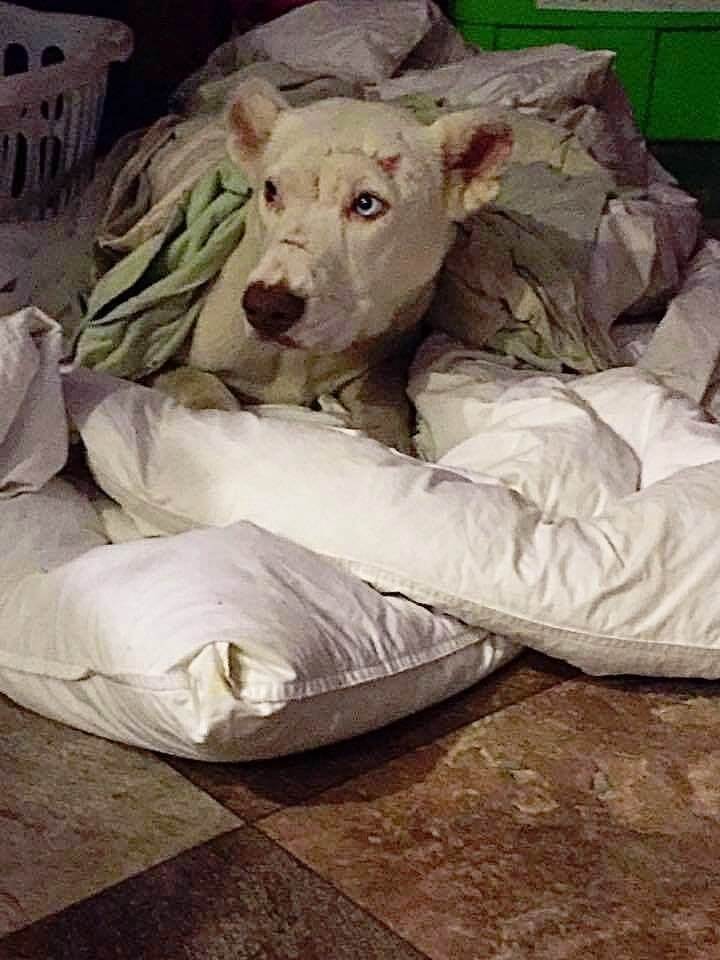