Dogs Are Abandoned Aacross The Length and Breadth Of The Country.

In a majority of these cases, the dogs don’t seem to be violent or aggressive and hence a threat to anyone. Yet, many people lack of the moral realization that they should take their pets to animal rescues or animal shelters and arrange for a dignified way to give them up. There is no dearth of families in the country who would like to adopt a dog. But it seems some people don’t have the time or the inclination to fill up a simple form and do the bare minimum.
At a quiet corner of Miami street, a dog sits inside a cardboard box, with a few blankets and some water in a small plastic container, apparently abandoned by his family. The dog, yet to be named, was found on a Sunday. He just had a blanket and some water. It was the local residents that brought in the cardboard box, more blankets and started offering food from time to time. Whoever the owner is had clearly abandoned the dog and with no intention of returning. However, the dog is unaware of that. It still waits at the place, quietly and without infringing upon the lives of anyone in the neighborhood. The dog is still waiting to be reunited with its family but without any hope of having it realized. 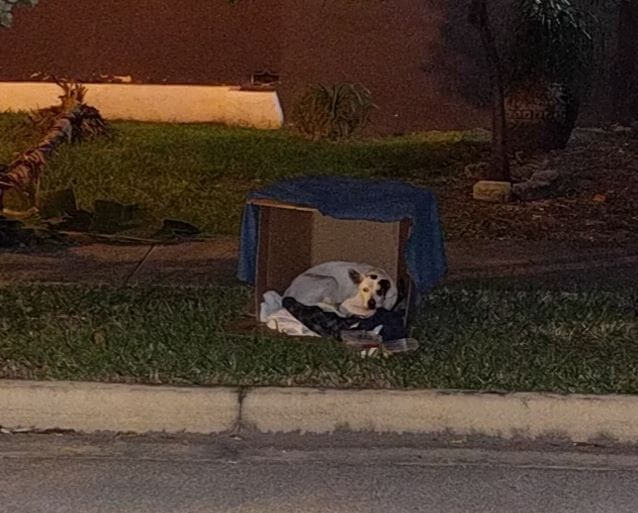