The Story That Rocked the Internet and Touched So Many Hearts. The Family Was Driving On a Highway What Happened Next Is Out Of a Horror Movie…The Car Has Flipped and Landed On a Side of the Highway.

A dog was found by a wonderful rescue organization Love Me Tender Animal Rescue. The Rottweiler named Ella was like no other dogs that they have previously rescued, she was not timid and was very loving and friendly. They right away knew that this dog wasn’t just dumped or abandoned. Kathy Wilks-Meyers began investigating. She traveled back to the place where she found Ella. And noticed lots of items laying around there that seems to be a place of a horrific accident. She was gathering as many things as she possibly could to put the puzzles together. One of the items was the candle that she found with the name Michelle on it but that is about it and it didn’t give her enough to go on.

Nothing gave her enough information to go on. She remembered driving by a few weeks earlier and seeing a horrific car crash. The car was laying on its roof and it was so badly damaged that she didn’t think anybody survived. She contacted highway patrol and was told that the accident happened two weeks prior. Which started to make sense to her. She now understood that Ella was in a car crash and was sleeping next to the things that she could find that had the scent of her beloved family members. Ella scavenged for food on the highway for weeks, and slept next to the things that used to belong to her owners, she was waiting for her family to come and get her, but nobody was coming… 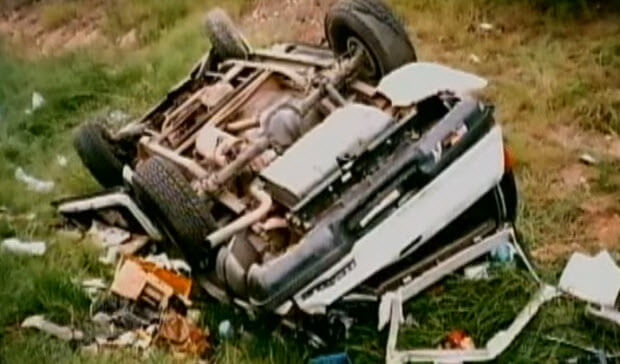