A Hero Shines on Hero

Justin Rollins, a soldier, gathered around with his fellow soldiers on a cold night in Iraq. A companion close at his side, a sweet white and black puppy. Rollins felt so much comfort having this puppy as a best friend and ultimately, his new companion. Puppy brought him overwhelming peace. In order to show his loved ones at home that he was safe, and he was happy, he took some pictures of himself with his new puppy companion and the photographs reflected the pure joy in his heart. He wanted his family to know that he was okay, that he was safe, and most of all that he was happy.

When Justin’s family saw the pictures of him smiling with this adorable puppy, they reached out to the Army for help in locating the puppy in hopes that this little pup could give them the same comfort, hope, and peace that he gave to their Fallen Soldier, Justin…

Thankfully, the army was able to locate the little pup and safely relocated him to the Rollins’ Family Home. They named him “Hero”, after their hero, and Hero brought them every last bit of hope, comfort, and peace- even in an unexpected way… 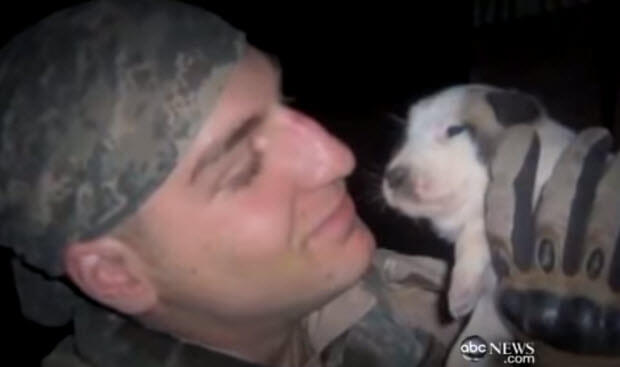