Hope For An Injured Warrior Through Unexpected Means

According to Wesh 2 News, Don Eslinger, Seminole County Sheriff, had a special plan in place to aid his wounded son in the healing process as he recovered from an injury he incurred during a border attack while on tour in Afghanistan. He knew that reunited the two would help his sons recovery in numerous ways, so he did whatever he could to make it happen.

Eslinger Jr. adopted a dog while he was deployed in Afghanistan to help bring him comfort and companionship. He got him for the cost of three cigarettes and named him Smokepop. He was so tiny that he was able to carry Smoke around in his backpack- the two were inseparable. Unfortunately, when Eslinger Jr. was injured during his tour, he had to return home and leave Smokepop behind. While at home, he expressed missing his beloved companion and his father knew he had to do whatever it took to bring Smoke home- and that is exactly what he did. 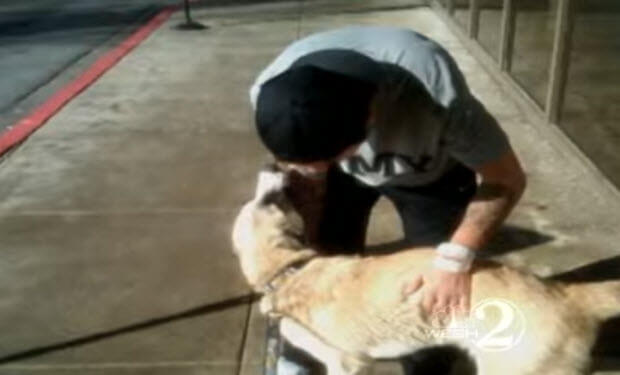