A Black and White Pup was saved by Vet Ranch after they found her in a local Pound. She was about to be Euthanized – the poor female dog was very much pregnant at that time but the pound just have got not enough room to cater more dogs, it’s hard to find a family for a dog with a bunch of puppies much less one that is going to have a little of her own. The good thing is Dr. Matt and his team were at the right place at the right time – saving this dog and her soon to be a litter of pups from being put to sleep forever. 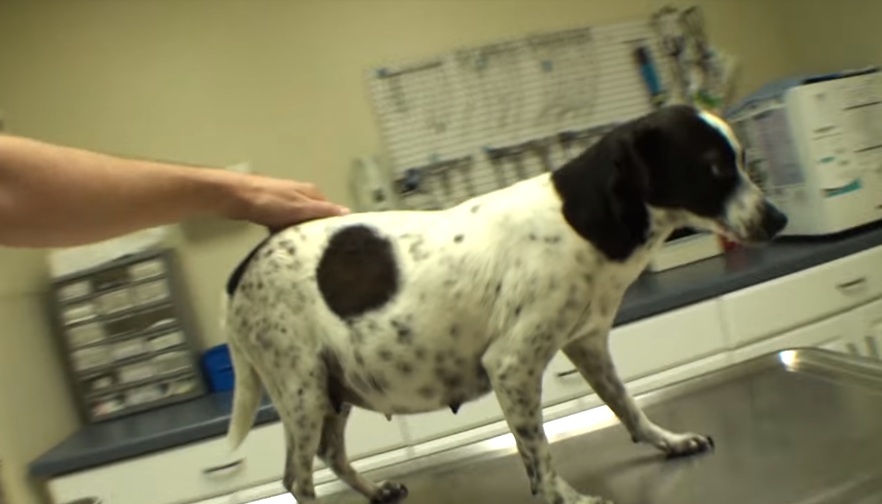 Gracie, the name given to her by her rescuers, who was sporting a big abdomen full of puppies is only about a year or 2 years of age. When she arrived at the clinic, they immediately had her X-ray taken to see how far her pregnancy is and if they can count how many pups were growing inside of her. However, the pups have not mineralized yet, which means they still have to wait for a few more weeks before they appear on the X-ray. 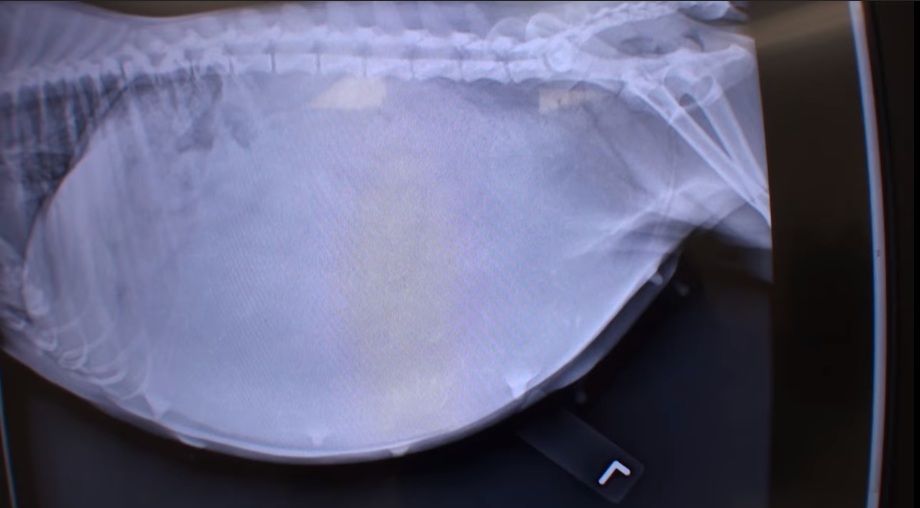 They examined Gracie and found out she had a bad eye that had few discharges and it looked like the eye was actually deflated. Dr. Matt will have to check on that, but they need to worry about the pup’s safety first. Since the eye problem of Gracie is not bothering her and she’s not in pain, they worked on ensuring her pregnancy goes well. 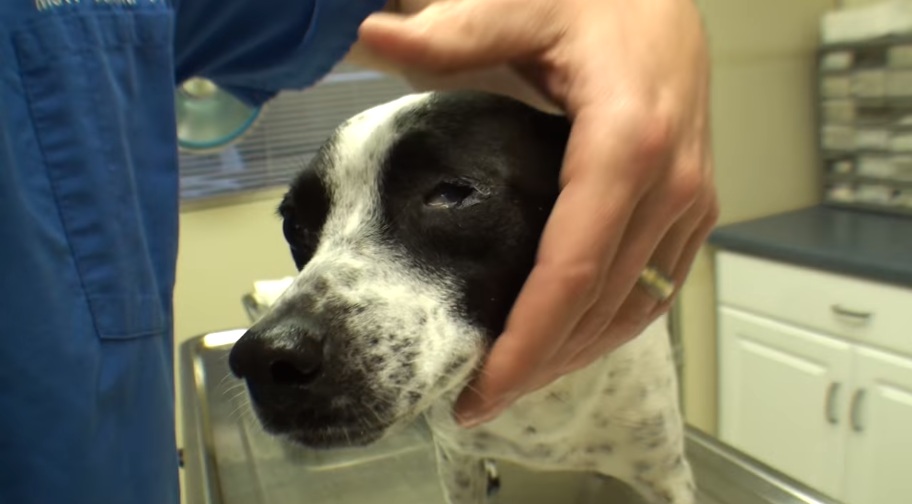 Dr. Matt has been keeping a close eye on the pregnant Gracie, and have patiently waited for the pups to show up on the x-ray so he’ll know how many pups are to be expected. Much to everyone’s surprise, a total number of 12 skeletons can be clearly seen and counted on Gracie’s X-ray. She is expected to deliver her pups in the next few days. 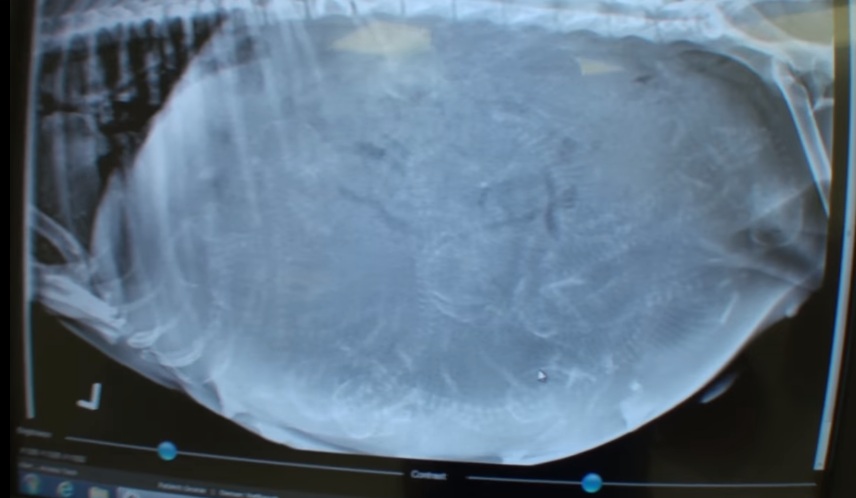 Now Dr. Matt has been taking Gracie home after work hours when there were alarms going off – any sign no matter how subtle that she was about to go to labor. One particular night before his shift ended, Dr. Matt checked on Gracie who seems to be doing well and normal, so he and his team went home to get some rest.