Edie: the inspiring story of a dog rescue

Millions of shelter dogs are euthanized every day because they never received the decent care and attention they deserved. They are put down because they seem indifferent or violent but in most cases that is only because the poor creatures have been deprived of good care. Many of them have spent a good portion of their lives struggling and defending themselves. It becomes natural to them to defend themselves against any danger. Such is the case of Edi, a poodle, who was going to be euthanized because of her defensive behavior. Before you start crying over her sorry fate, let us tell you that she was rescued just an hour before she was going to be euthanized. Her story is inspirational for animal and dog lovers everywhere. And we suggest bringing out the Kleenex anyway because her story will move you to tears.

Edie was rescued by Eldad Hagar and Bronwyne Mirkovich. Hagar, the founder of the wonderful Hope For Paws Animal Rescue Organization, received a call from her friend Bronwyne Mirkovich about Edie. Edie was going to to be euthanized at the Lancaster shelter but was saved at the very last hour Mirkovich. Mirkovich then Hagar and told her about Edie, asking her to meet him at the vet so they look over Edie together. They shot a video of Edie after she was rescued from the shelter. If you are even mildly fond of dogs, we suggest you keep your Kleenex close. 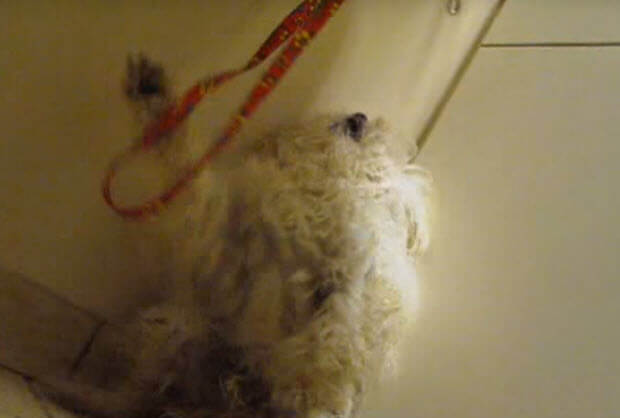