There is a serious need to revisit the laws of our land to make them more effective and stringent to eliminate the menace of animal cruelty.

Some states in the country are infamous for their puppy mills and farms, where dogs are not just bred in captivity to unimaginable extents but they are used as bait dogs, in fighting and also for a plethora of unthinkable practices.
The laws are quite clear on how to penalize the culprits. Some people are jailed as others are fined while many are asked to improve their facilities or to ensure that the animals have better-living conditions. Clearly, the legal fallouts are not acting as a deterrent. There are hundreds of puppy mills and farms in the country if not thousands that are violating the basic rights ensuring animal welfare. If last year had shocked the world, then the rescue of a thousand animals at the town of Loxahatchee in Palm Beach Country, Florida will boggle you.
Law enforcement authorities joined hands with Animal Recovery Mission to raid three slaughterhouses, all of which were illegal. The raid rescued around a thousand animals, which is the largest tactical strike on extreme animal cruelty in the history of the country. The slaughterhouses were under the radar. Undercover investigations and identified them as hell for animals.
The animals at these slaughterhouses included dogs, horses, goats, pigs and others 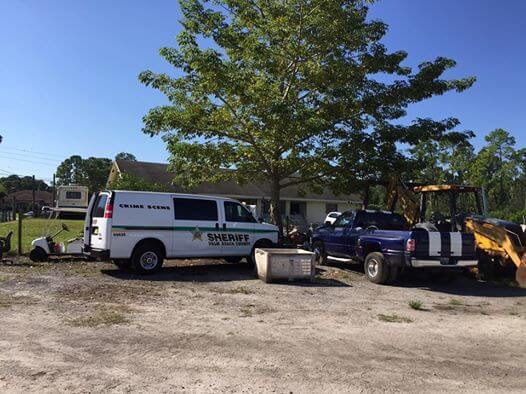