Dogs in some parts of the world are still abused in unimaginable ways, and this needs to stop!

We have heard and seen news of the horrible fate that some of our furry buddies were subjected to. Some were abused, neglected or abandoned – while some were captured for their meat.
If you haven’t come across a story, news or video showing the heartbreaking truth that some of our canine friends are sought after, killed and served as a hot and tasty meal in some parts of the world like China, Korea or India, then you’re in for a surprise of a lifetime. Welcome to the harsh reality of the dog meat trade.
Some treats dogs as a dainty source of meat, selling, buying and cooking them to serve in their homes or in restaurants. They treat dog meat as a kind of delicacy, served with rice or eaten as snacks while they drink and celebrate. As odd and horrifying as it may seem, this is happening It has happened before and is still happening up until today.
Humane Society International in India received news that a group of illegal traffickers is on the move. Some members of the group took immediate action after learning about the illegal trafficking involving dogs. The said operation took place just recently – June 28 of this year.
A total of 36 dogs were seized and rescued from two trucks that held them hostage. These dogs were supposed to be used for the dog meat trade. All dogs were found in deplorable conditions. All dogs were tied inside individual sacks and dumped on top of the other in the two trucks. The dogs are clearly out of shape, scared to death, were starving and clearly dehydrated. 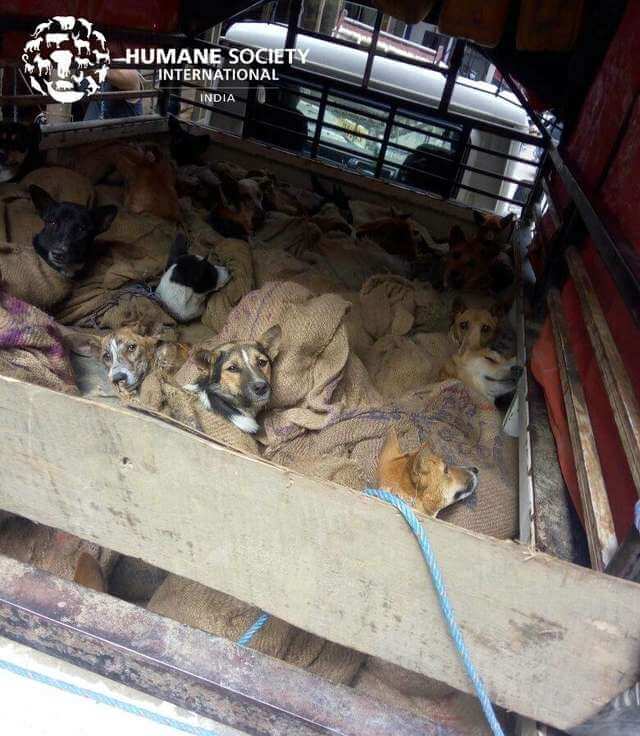 But that’s not the worst part…
Click on the next page to see what happens next!