What Happens To A Dog When He Is Trapped In a Barn Ror a Really Long Time?

It is unclear how long Lazarus was confined to a barn, all by himself. Initial observations clearly indicated it had been a while. The dog was not really trapped or confined with cruelty in an intentional manner. The owner of the dog was terminally ill. It was not out of sheer neglect or intent that led to ignoring the dog. The neighbor of the terminally ill owner of Lazarus called in two groomers to take care of him and that is when the whole story came to light.
Lazarus was in the barn, a filthy environment filled with feces and urine, it was an unhygienic place and dirty enough to make anyone sick. Lazarus did not seem to be ill but he certainly seemed odd. He was large and fluffy, dirty and strangely lethargic. Lazarus clearly had too much fur.
When the groomers started attending to his fur, he was initially a little apprehensive and unsure. But when the coat around his neck was cut and trimmed, he was relieved. He must have felt the air and his skin must felt fresher. Lazarus started to relax thereafter as the groomers went on to get rid of all the excess fur. 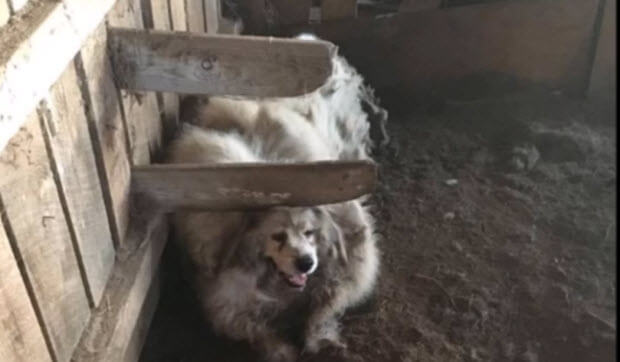