If you ever had the privilege of owning a senior dog, then you’re one of the lucky ones. They make as incredible companions despite their old age. But apparently, a large number of senior dogs end up in shelters.

Since they are no longer capable of doing the things they could when they were younger, some owners get tired of them. Some would get a new pup to replace their old dog. Other owners just don’t like the idea of having to take care of a senior. So, what happens next? Those poor old dogs end up being neglected, abused, or both.

There are lots of other reasons why we see a huge number of senior dogs in the shelter, but one thing is for sure. Every dog, pup or old deserves a forever home.

There was once a story of a senior dog that caught my eye as well as the eye of the public. It was about an old dog named Astrid who was dumped on a shelter in a horrendous state. 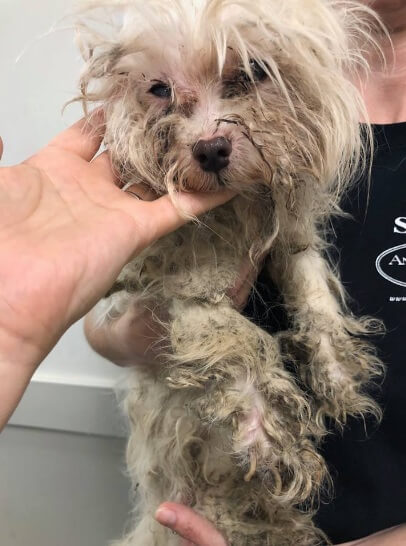 The people working at Animal Haven have dealt with different cases of animal abuse and neglect. Being an animal rescue group meant such cases are never new to them. However, when they saw Astrid, to say they were shocked would be an understatement.

A homeless man brought Astrid to the shelter with a matted and filthy fur. Her nails have overgrown causing pain to the 10-year-old Maltese Mix whenever she tried walking. Debris has accumulated in her paws and her nails could only barely push through. How long have this poor senior dog in such a horrendous state is a question no one can answer. 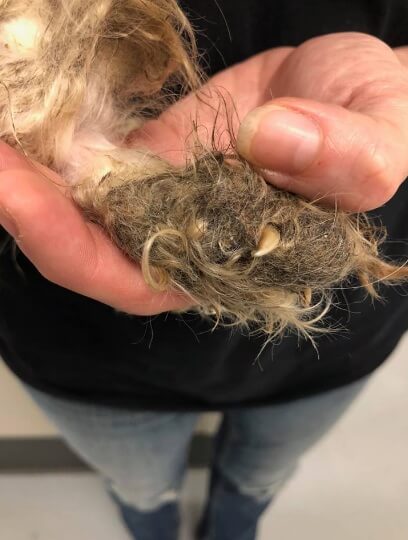 The man claims a family member died. He was given the dog and chose to surrender poor Astrid in the shelter. Seeing her current state and the man’s appearance which is no better shape than the senior dog, they took her on the spot.

When the shelter workers placed Astrid in a cage, she seemed confused, afraid and wary at the same time. They think the only reason for her restlessness was maybe because she was confined to a small cage for long periods of time.

They made sure Astrid gets the help she needs. After her checkup, she was given a nice warm bath and they shopped off the matted fur and overgrown nails. After swaddling her with a jacket, Astrid felt instantly better.

Mindy Liu, one of the volunteers in the shelter stepped in to welcome Astrid into her foster home. She wanted Astrid to feel safe for a little while they find her forever home.

With Liu already having three fosters at home, she knew a high-needs senior dog requires special care. Astrid was awkward whenever she would touch her, as if she’s not used to being pet, lifted up or carried. The three dogs Liu has named Hanzo Blade of Steel, Beatrix Kiddo and Chinta have come to get along with the new arrival. Astrid was not overly interested nor intimidated with the three. They would often go around the city in a stroller.

The senior dog was also too weak to stand for long and seemed confused with her tail. Little by little, she started coming around but would rather lay and sleep all day.

As of today, she is still in foster care. Astrid would be available soon but still needs a little bit of time before she can find a forever home. Look at her now! 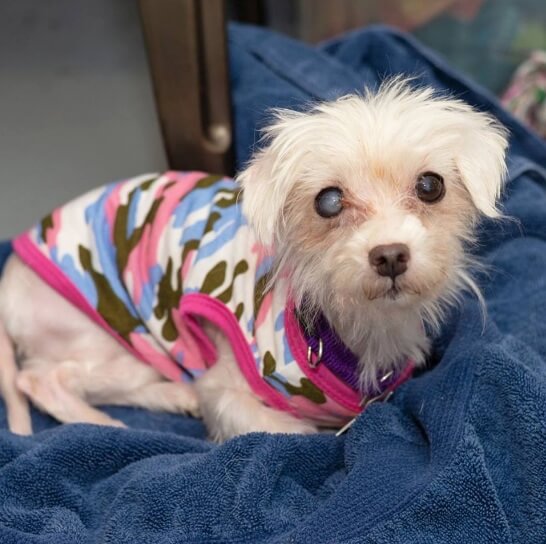 This review is based on an article by The Dodo.