Some dogs are not very social or compassionate. Some are naturally aggressive. These are traits of specific breeds and those who deal with dogs or puppies are aware of the real challenges. Some dogs don’t have aggressive traits and don’t feel alienated in a social setting. But when they do behave strangely, there is certainly a serious cause. At times it is the dog but in most cases, it has something to do with an incident.
When Cora was surrendered at the Marin Humane Society, she seemed like a normal Chihuahua mix. But when she was taken to a kennel, she became quite aggressive. She would not get close to the staff and she would not let the vet examine her. There was something wrong. Chihuahua mix is not a breed that lacks social skills or compassion. They revel in an attention and don’t mind mingling with humans. But Cora was adamant with her behavior. She consciously stayed away from human contact and was rather uncomfortable, unsettled and odd with her presence at the Marin Humane Society.
The staff could guess that something was wrong. Something must have scared Cora or there was a development they were unaware of. Their guess was right. Although the staff felt it was the family Cora was missing, in reality, she was missing her newborn puppies. She was missing her real family. 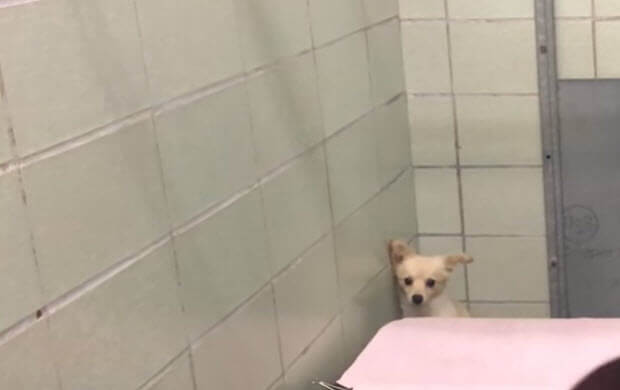