This is the story of a Pit Bull names Calista 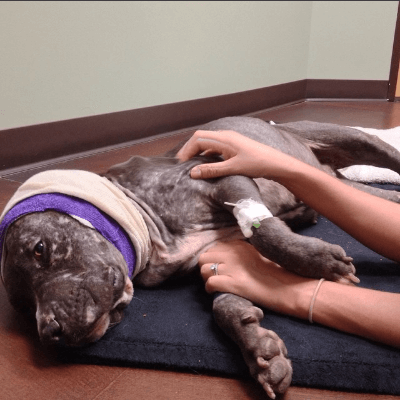 Calista was rescued after someone saw her roaming in the streets. She was wounded everywhere, especially in the ears. She has ticks, and the worse part is, she has had every possible tick-borne disease there is. They brought to her to Mayday, a shelter and helped her heal and to find her a forever home.

Both of Calista’s ears were not saved. Sadly, one of her ears was badly severed and the other severely infected. She stayed about 7 days in the E.R., had blood transfusions to cure her anemia and had to go through multiple reconstructive surgeries to somehow fix the damages caused by dogfights.

Soon enough, Callista showed her true self. No, she was not a vicious dog who’s out to bit everyone she sees. She’s actually a gentle tail wager who only has a lot of love to offer.

Jeannette found her and instantly felt a connection. Calista eyes told her she has this glimmer of hope. Because of this, the deal was sealed. She now lives happily in her forever home with her mom and her sibling. 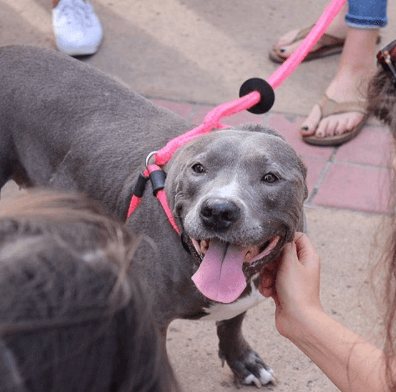 Calista the Pit bull enjoys laying in the sun, meeting new people and wagging her tail 24/7. The kind some of us dislike or is afraid of loves being surrounded and pet by people she haven’t seen before. This alone speak volumes. We can only hope that everyone would finally open up their hearts and mind. The sooner than later, the better when it comes to these dogs.