Many people thought Libre was in his last days. Libre, a Boston Terrier puppy from Pennsylvania, was found suffering from malnutrition and emaciation at a breeder’s home. Libre was rescued from death and brought to the Speranza Animal Rescue Center. Janine Guido, the rescue’s founder, brought Libre to the veterinary center to start treatment and recovery.

Saving Libre
It was Janine’s kindness and persistence that saved Libre’s life. Libre means free and that’s just how Janine wanted him to live his life– free, rather than euthanized as most people would have chosen for this poor puppy. Only 7 weeks old, Libre was diagnosed with demodectic mange– one of the most debilitating conditions for animals. Mange causes hair loss, ulcers, and various infections for animals that have it.

In such a terrible condition, Libre would be considered dead by almost anybody else- but not Janine. With Janine’s persistent love and Libre’s desire to live, Libre fought his way to recovery. Every day was as painful as the day before it, but Libre was strong. After a few months, this remarkable puppy started walking and standing on his own again. As he recovered even further, Libre gained the adventurous spirit back, as well as his hair and skin. 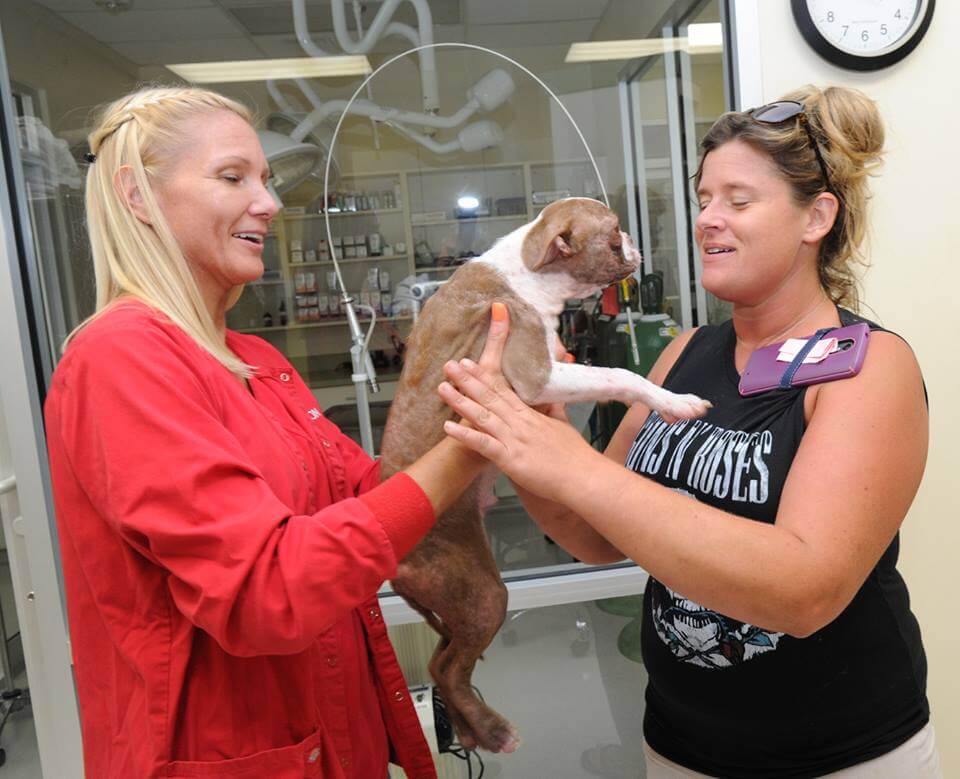