A male dog who only has a few furs left was found hiding from the side of the road. He has an odd-looking skin caused by a skin disease. He was an elderly dog, in pain and fragile and evidently, have already accepted his fate, just waiting for his death to come while keeping himself away from prying eyes. 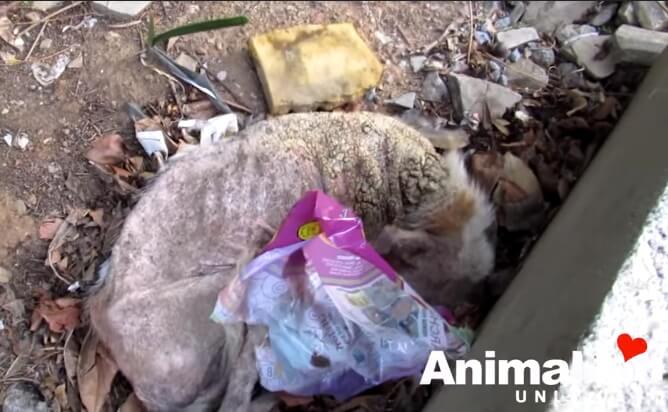 When a group of rescuers came to check on him, they saw just how bad his condition was. He was not growling and being unfriendly with the man who came to approach and feed him. However, it seems as if he sense they were trying to coax him just to capture him, he panicked and ran away.

Although a senior dog, he can still run but not fast enough not to be caught. It seems he just wants to stay on his own and wait to die alone. Luckily, the man was quick enough to capture Edward, the name given to him by Animal Aid Unlimited, India.

He wrapped the blanket around his head and body and transported him back to start helping him. 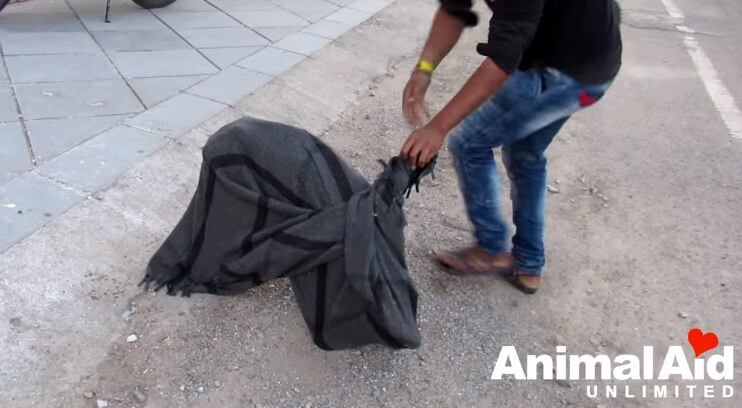 Once at the hospital, they found out he has a very severe case of Mange. It is a skin infection caused by parasitic mites and is highly contagious. It is characterized by scab and lesions, fur or hair loss, and are very itchy. If left untreated, it can spread in the body and can cause permanent scarring, thick skin and damaged hair follicles that can prevent fur from growing back.

His Mange was so severe that painful sores are covering his body, slowly killing him in pain. They started treating him by applying topical medications.