Dogs Are Not Just Loyal. They Are Appreciative And At Times Grateful.

While dog lovers don’t want their canine friends to be grateful because the love and care showered on them is out of no expectations and the dogs or pups don’t need to feel as if they are being treated in some way they don’t deserve or are supposed to. But when any dog or pup has been through a harrowing experience or has had an unpleasant encounter, it tends to respond to care in a more generous way. It tends to feel as if it is indebted to the rescuer. At the crux of it is a sheer joy that the rescuer was there.
A heartwarming tale has been reported recently from Brooklyn. An animal shelter, part of the Animal Care Centers in New York City, had managed to bring in a little canine that had suffered a severe injury in its leg. Initially, educated guess was a fracture. But the animal shelter staff and the rescuers did not take any chance. They immediately called Mr. Bones & Co. Marisa Grimshaw, a co-founder of Mr. Bones & Co., responded immediately. While her professional commitment and love for dogs lead her to the animal shelter in haste, she was also drawn to the little dog because it reminded her of a dog she had once.
The moment she got to meet Buggy, that’s what they had named the little dog, it was a moment of sheer joy. 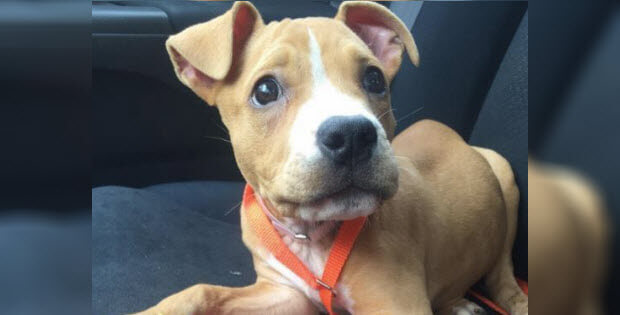