If you think only people can get deformities, then that’s where you’re wrong. Even animals get them, and as unfortunate as it may sound and look, pets like cats and dogs with deformities are considered rejects by some. However, there are still some who gets to have a deformed puppy in a litter such as a puppy with a cleft palate.

Since they do not look like how normal dogs from the same breed, some of these animals are abused, abandoned and sometimes even neglected. Some owners do not even give their pets with deformities the chance to live, and just leaves them just about anywhere. Luckily, the story of a pup with a cleft palate that is now taking Facebook by the storm has a happy ending.

This is the story of a tiny boxer puppy who never lost hope in finding true happiness. 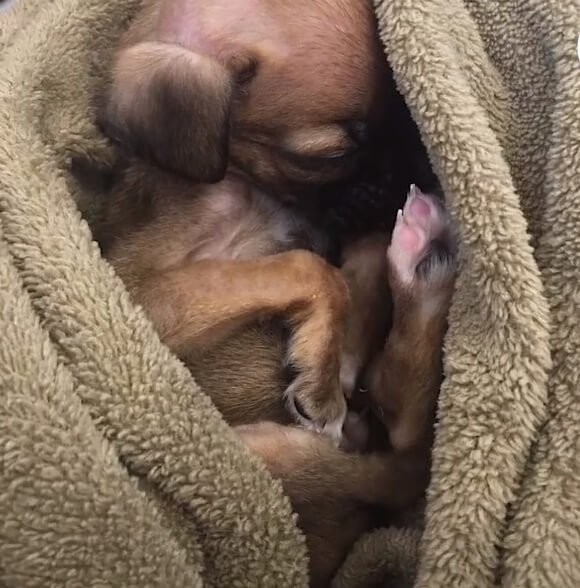 Stanley Woodruf is a boxer with a cleft palate and deformed legs. Those around him thought he wouldn’t make it because he’s too small for his age. At 3 months, he was considerably smaller than the rest of the pups and he only weighs 2.5 pounds. Stanley was in fact, struggling to survive.

Click on the next page to watch the video!