What do you do when you find a stray laying in the streets? Do you let him be, give him something to eat, something to drink or call it to come to your perhaps? What if you find it again on the same spot the day after, showing you no traces of movement, indicating that the dog hasn’t left the spot for who knows how long?

This was the case when someone spotted a homeless dog in India. The poor canine was spotted on the same patch of dirt with no paw print or any sign of what so ever then she ever left the space she occupied two days prior. 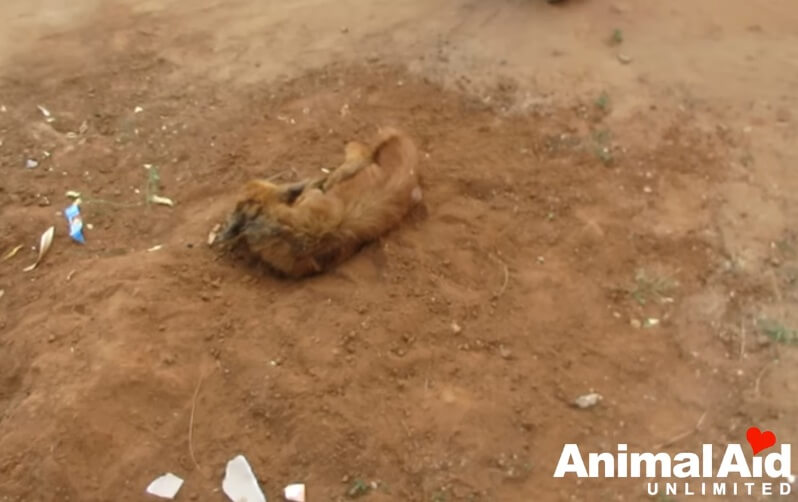 The locals of the place where the dog was seen called the attention of a rescue group to let them know of the dog who needed their help. When the team of rescuers arrived, sure enough, the dog was silent, seemed to be sleeping, not making any movement.

When one approached her, they got no reaction still, except for her lifting her head slightly. The rescuer checked her, and found a disturbing find,

Several of the female dog’s teeth were broken. Not only that, but her jaw was fractured. No wonder she was unable to move, eat or drink! The poor dog was in so much pain!

When I saw the part where they checked her mouth and teeth, it was as if I was the one suffering the injury. It felt as if I suddenly had a massive toothache. I cannot imagine how much pain this poor dog was in. no one knows how she got her injury, but it seems it was no accident – someone has caused this to this poor sweetheart.

Too weak and tired to move, a rescuer gently lifted her up, careful not to cause unnecessary movements so as not to make her feel more pain than what she is currently feeling. She looked lifeless while being carried away, as she can barely lift her head up. 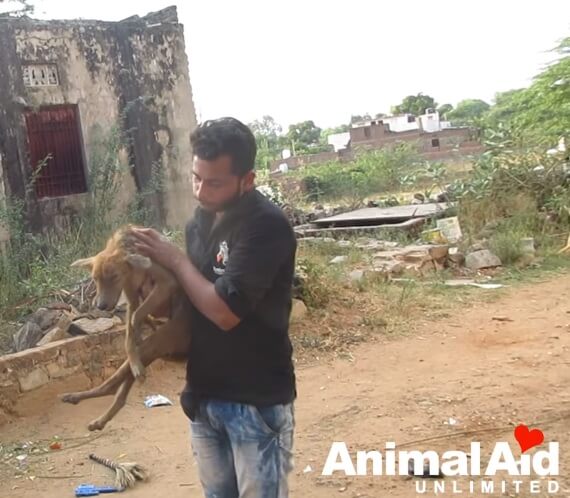