A white dog was found in a railroad station. He was dirty, hungry, and undeniably thirsty. He’s been here, living on his own, and nobody knows where it came.

Does he have an owner out there, worried sick, hoping and praying he will come back home soon? Did he run away from home, or was he dumped in the streets and eventually found his way into the station?

A group of good Samaritan tried to rescue the stray white dog, but he seems adamant. He keeps on running away from his rescuers. Every time they got near him, he will sprint away from people. They were afraid a train might come and hit him anytime, and they knew right then and there that they need to put him to safety, the soonest time possible. 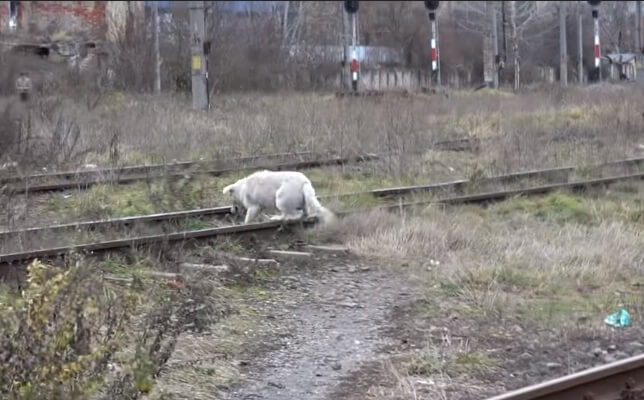 They followed him around, trying to redirect him away from the rail tracks where a passing train could come and hit him. They did quite a marathon, the stray white dog and his rescuers, but after some time, the dog finally understood they meant no harm and started to approach them.

Maybe it’s because of the delicious treat they have for him that made him change his mind about running away, or maybe he understood that they mean no harm. Either way, he came willingly. 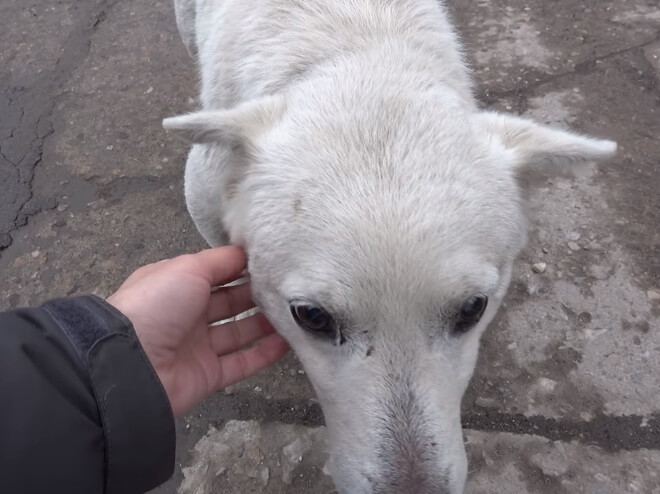 His rescuers realized the dog was limping as if one his legs hurt when walking and running. He also has a scar located on the dog’s left eye. They immediately took the stray dog to the vet where he was checked.

They found out that the dog has a microchip, which means he has an owner! The rescuers and the vet were ecstatic! Someone is out there for the dog, and he could be waiting for him! 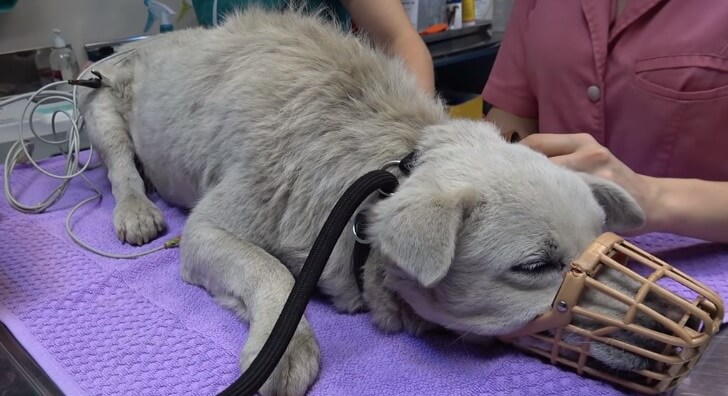 They tried to contact the owner but received bad news.

The white dog’s owner told them he no longer wanted him.

Bobby, the name his owner gave to him, was said to have run away from home and have travelled many miles – about 10 miles to be exact.