Just when depressing news plague our mood, when innumerable tales of cruelty to animals get reported and when shelters around the country are unable to address the multipronged needs of the hour…

…One also gets to hear some good news that just brightens up the day. One such tale comes from Florida.
Police officers from the St. Lucie County Sheriff’s Office were responding to a call when they encountered a helpless canine. The officers had attended to the call and were just leaving the home when they heard a faint whimpering. They could not make out what the noise was or where it was coming from. It was almost impossible to make out what they would find. The officers followed their trained sense of hearing and arrived at an empty lot. It was kind of a clearing. There was a septic drain and the noise seemed to be originating from there. As the officers look at the septic drain, they found a puppy, stuck inside and unable to climb out on its own.
The completely drenched puppy was hauled out by the officers. It was a relatively easy job given the fact that cops are trained to handle these kinds of challenges. In fact, cops don’t find such acts a challenge at all. They conveniently got the pup out of the drain and looked for the owner. 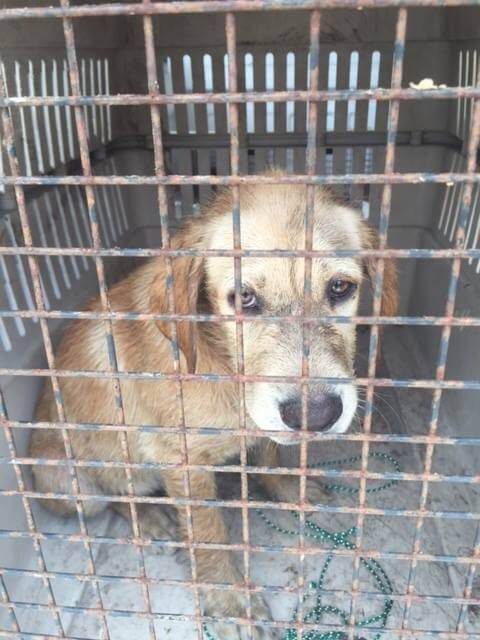