The number of stray dogs in the US is spiralling out of control. Before, it was believed that dogs living in the streets are most common in poor countries. However, during the past years, it has cascaded and is now evident as many dogs are now living a stray life.

It’s sad to think many people think so low of dogs, when in fact we humans don’t deserve them. they offer unconditional love, yet some of us abuse, neglect or even treat them as garbage and leaves them in the streets without no one.

I hate stories that involve dogs in bad conditions, but I am a sucker for rescue stories. This story I’m about to tell you happened just last year, and I know you’ll enjoy the story as much as I did.

This is the story of a stray dog named Gershwin. 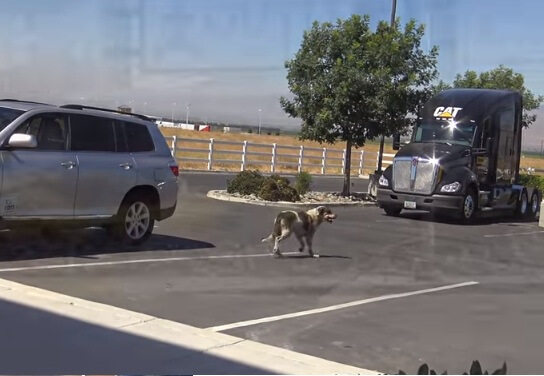 Gershwin was a dog rescued by Hope For Paws, a non-profit animal rescue organization based in Los Angeles California. He used to be somebody’s pet, until one day, his owner just literally dropped him like trash in the middle of nowhere.

Thankfully, a good Samaritan called the dog rescue to let them know a poor stray dog needed their help The dog rescue group arrived in a gas station just after about two and a had hours after the call was made.

When members of Hope For Paws came to the scene, they immediately sprung to action to try and capture the stray dog. They had the dog cornered in between bushes, but it was able to escape. 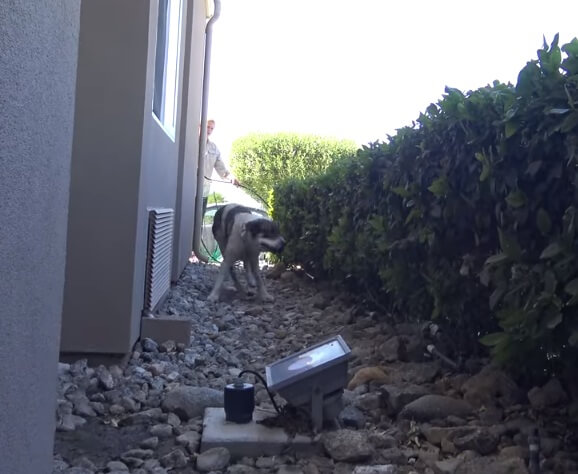 One is that this stray dog is huge – he is a Saint Bernard mix. Another thing is that he seems to be afraid of men, no matter how big he is. Luckily, Loreta Frankonyte, a musician and also a Hope For Paws rescuer was on the scene, so she willingly obliged to try and rescue Gershwin.

While the other rescuer, Eldad, stayed in the car a few feet away from where the dog was, Loreta carefully approached the dog. It was 107 degrees, she was alone trying to rescue a big dog and only had one shot. But Gershwin needs help. He’s been living in this extreme heat for how many weeks now and had no regular food and water supply to keep him going.

She lured the dog by giving him bits of food, while she sat on the sewer soaked grass, waiting for the perfect time. Every time she tries to get closer to the huge stray dog, he would jump and turn around. 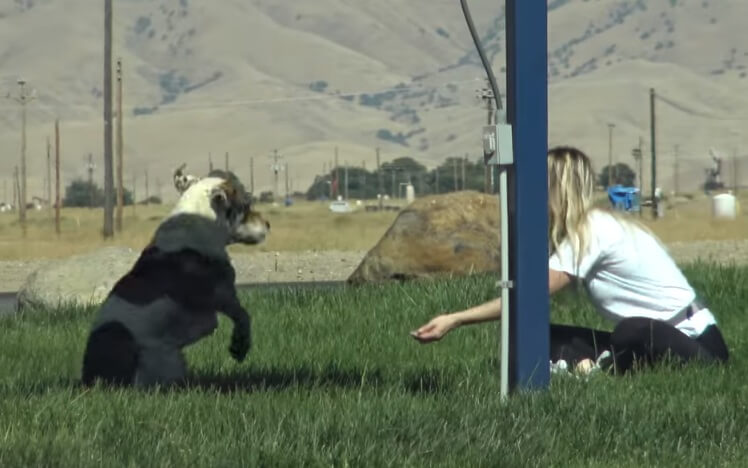 Eldad was communicating with Loreta and told her that Gershwin did not like the fact that she is taller than him, so he followed Eldad’s instructions. She tried going on his knees and bent down like a rock to make it look as if she was smaller than Gershwin.

After a while, Loreta took her chance and used a snare to capture the big dog, and that’s when all hell broke loose. 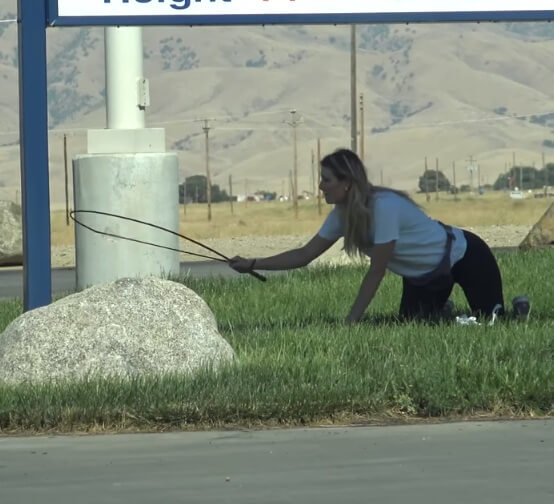