What do you do when you find a stray dog in the streets covered in hundreds of flies? Do you feel pity and go on your way? Do you say a little prayer, hoping someone who can help will find it? Or do you do everything you can to help ease the obvious pain it is going through?

For dog lovers and owners alike, it is very hard to see such a heartbreaking sight. Being a lover of dogs for as long as I can remember, and for one who’s owned dogs ever since my high school days, seeing helpless pups, stray dogs and even watching stories of dog abuse or neglect saddens me deeply. Whatever happened to dogs being man’s best friend?

It’s saddening to think what the world has become. Before, we care for dogs as if they’re part of our family. Now, there are some people who find satisfaction in hurting these dogs who didn’t even do anything to deserve the poor treatment. Thankfully, there are still those who are heroes with no capes, with the mission to save our canine friends from pain and despair. There are many groups of people who have dedicated their lives to helping stray dogs have another shot in life.

The story I am about to tell proves there are still good people roaming in the streets. It is about a stray dog in India whom people thought already dead. Tons of flies surround him, making them think he already passed away. However, upon closer inspection, the poor dog’s heart can be seen beating on its chest, as the dog struggled to breathe.

The poor stray dog has taken refuge underneath a car. It was very skinny and its bones can be clearly seen underneath the skin. If it’s head isn’t poking through underneath the bumper, and if the owner of the car fails to see him, what horrific ending it could be for the dog. He is clearly having a hard time breathing and was also disoriented.

Thankfully, the stray dog was found by Animal Aid Unlimited India – a group of animal rescuers. After seeing him, they immediately took him off the streets and back to safety. 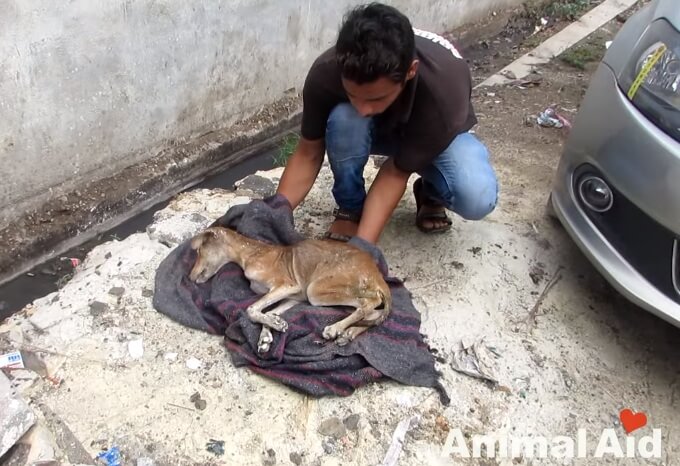 Upon arrival in their station, the vets found out that his temperature was extremely low. If his body temperature continues to go down, he will soon die. They put him under IVF (Intravenous Fluid) and wrapped comfy blanket to help him feel better. 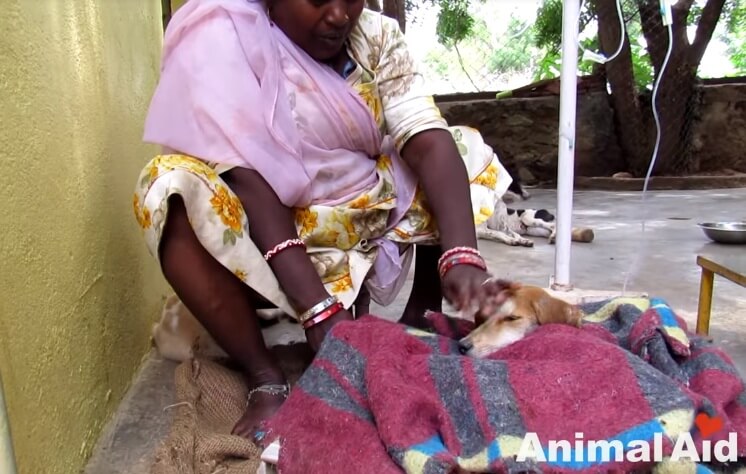 After an hour of receiving fluids, he started to come around. However, he is still unable to balance himself. When the rescuers tried to help him stand, he would eventually fall because he is too weak to support himself. But, his determination was admirable. After a couple hours of rest and countless tries, he succeeded in standing by himself.

The vets who came to check on him diagnosed him with severe respiratory infection – the reason why he had difficulty breathing in the first place. They had to take good care of him, or else, risk losing another angel. 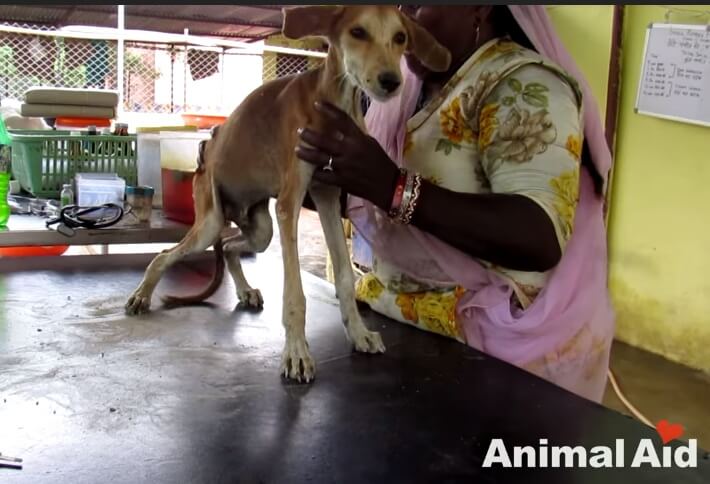 The poor stray dog’s health would improve, only to decline the next day. It went for two months. However.