It’s amazing how one simple call can change a life forever. I’ve seen hundreds, if not thousands of animal rescue videos over the course of the past years. I may not remember all of them, but each and every one has a different story to tell. Don’t get me wrong, I don’t enjoy seeing animals who are suffering and have no one to turn to. I just love the fact that no matter what, there is always a brighter future for the dogs and other animal rescued by different organizations, as well as the Good Samaritans all over the world.

I was watching on my free time as usual when I came across a video on Youtube – it was a rescue story about a dog who was badly injured. I want to share this with you because it gave me another reason to want to smile, even if I was struggling to finish the video when I saw the poor dog. To him it is.

This is the story of how Jupiter, a homeless and injured dog was rescued and given a second chance at life. 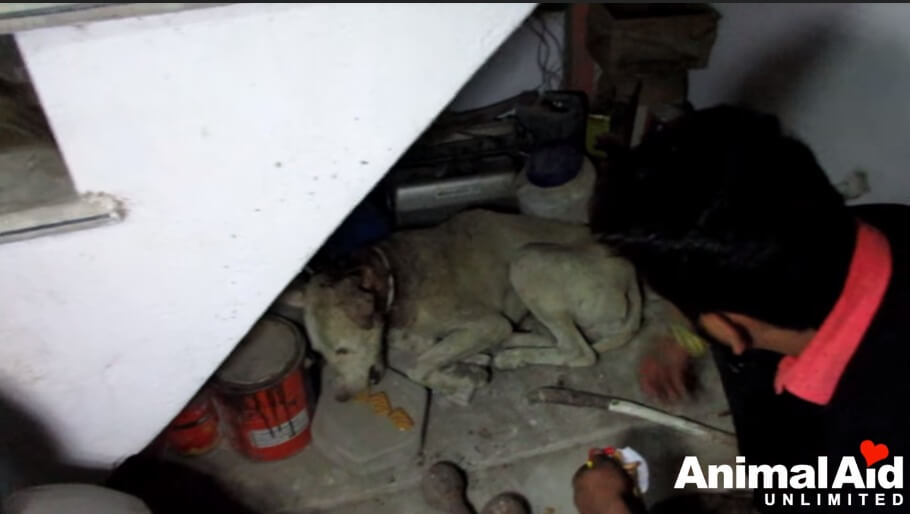 A concerned citizen called the attention of Animal Aid to report a badly injured stray dog who wandered into a stranger’s home. The dog had a serious wound on his nape, and anyone. When I saw the state this dog was currently at, I couldn’t bear to look at the wound was massive. His flesh was showing, blood coating it and his fur, it looked very painful. I unconsciously touched my nape while watching, that was until my daughter came up to me asking why I was holding the back of my nape.

My curiosity got the best of me, and eventually found the courage to watch the whole thing, hoping and praying for a good ending. Anyhow, the rescuers arrived and were led by a man to a stranger’s house. they explained that the dog snuck into the house and continued hiding under the staircase of the house. they were afraid to move him as she was in so much pain, but the dog was not at all aggressive.

When the rescuers approached him, their heart broke at the scene before them. Surrounded by miscellany under the flights of stairs lies the poor dog, obviously in great pain. They coaxed him by feeding him biscuits but was not interested in eating. The dog allowed one rescuer to touch him as if knowing she is in safe hands.

The rescuer proceeds to pet him and eventually lifted him out of the house so as not to waste any more time. 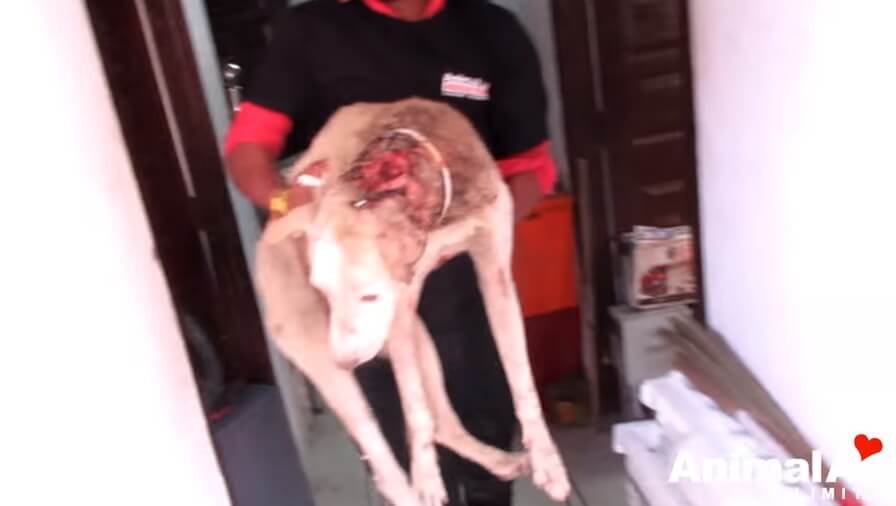