Good manners and right conduct are one of the earliest lessons parents and teachers teach to young children. We teach them how to respect their elders, other people and every living thing there is here on earth. We teach them to be kind and gentle, loving and having regards to all that has a life. They know how to care for people and animals, especially pets. They know dogs and all other animals have feelings, yet some still fail to realize that these poor creatures only have love to offer. However, some still choose the other path – the path that leads to abuse and neglect.

One of the trending news these days is a video of a group of students having fun, only, what they considered fun is a horrific act of maltreatment. The animal involved in this horrifying video is a GSD or a German Shepherd Dog.

The kids appeared to be having a blast on what they thought to be a little act of fun. What they failed to realize is that what they did is considered, in all angles, a form of animal cruelty. 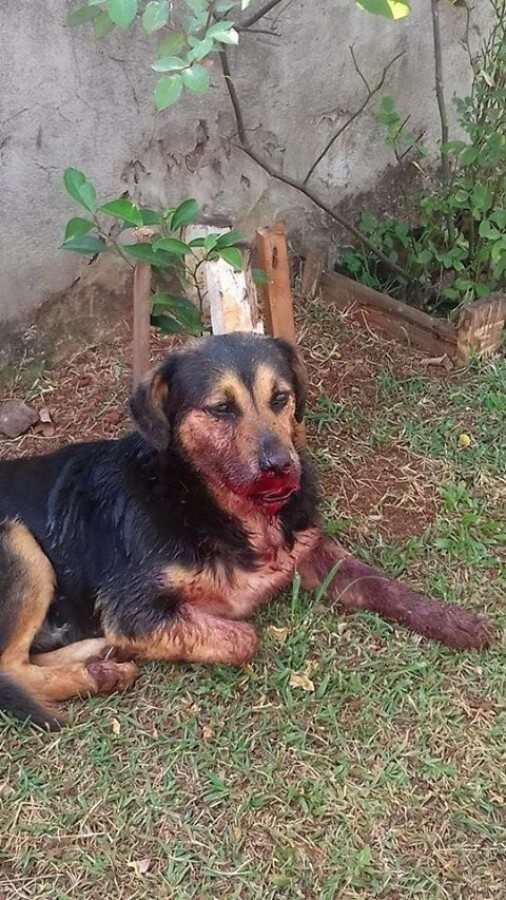 Animal Cruelty comes in many forms and is called by many names – animal neglect and animal abuse, among all others. It seems that these students have no regards to a dog’s life. Not one appeared to be remorseful. Not one seemed to feel pity over the incident. All students filed can clearly hear laughing – all seemingly having a great time.

The poor German Shepherd, on the other hand, can be seen crying, whining, running and trying to escape the horrible prank that the students did. The video is almost pitch black as it was recorded during the dark, but the bright lights and cracking of the firecrackers can be seen as clear as day.

Because of the incident, the poor dog got injured. Its mouth is bloodied and it lost parts of its face. To the Brazilian students who did this to the poor dog, it was a fun and exciting prank but to the poor GSD, it was as if its life ended.