“Rescued is my favourite breed.”

I am a proud owner of three rescue dogs. I grew up to be an Asthmatic child, and up until now, I have attacks here and there, but the didn’t stop me from adopting rescue dogs. This could be the very reason why I love rescue stories. I know how it feels to be loved by dogs who came with a bad history of abuse and neglect.

I came across this video that really touched my heart. If you want to know why read on and watch the video at the end you’ll surely feel what I’m feeling right now.

Four rescuers from Hope For Paws were at the funeral of their friend, Lisa, also an animal rescuer when they received a call that eight young dogs needed their help.

It was actually a distress call as the pups were found living in a cave, 18 feet into the ground, and their mom is nowhere to be found. 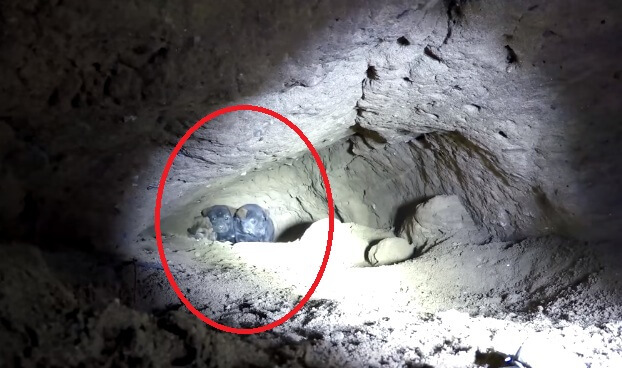 Those who called them told the rescuers that they have tried to rescue the mother of the pups, but to no avail. She was just too feral and it seems she did not want to be rescued. They have been trying to help her by capturing her but all attempts were frugal. So when they found out about her pups, they immediately called the rescue group.

After finding out where the cave is located, the attempted to lure the eight puppies out by giving throwing bits of a cheeseburger in the mouth of the cave.

They were very hungry and did not attempt to refuse when a rescuer’s hand fed them. One female rescuer named Lisa Arturo gently held the first puppy and successfully pulled her out of the cave. She cuddled the sweet pup in her lap showing the other young dogs their sibling is safe. 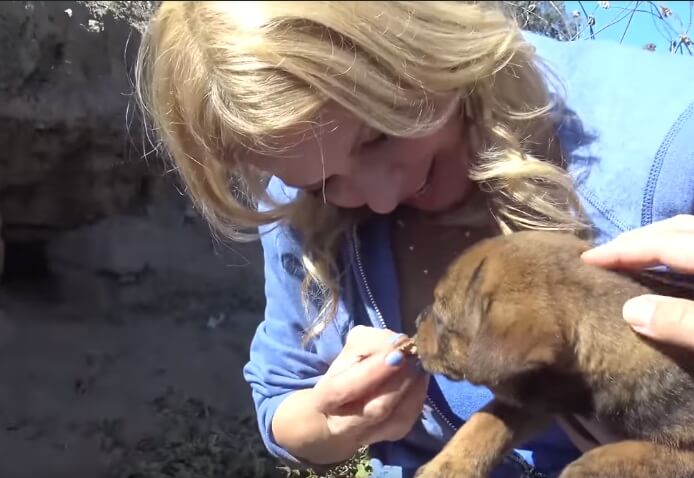 Another rescuer came to receive the first puppy, but then, something spooked the remaining puppies and caused them to scatter back into the deep and dark cave.

They tried to coax them to go out again. While feeding one who poked his head, they tried to grab him but was fast enough to run back into the cave. They had no choice but to get into the cave and try to rescue them from the inside.

Click on the next page to check what happens next.