How Would You Explain This: A Man Whose Father Hated Dogs And Mistreated Them Finally Adopts An Unlovable Dog?

Jerry’s dad disliked dogs. He mistreated and was cruel to them. Perhaps it was his experience with dogs. He wasn’t moved when he saw them in rescue centers or roaming the streets in his hood.Nothing had prepared Jerry for what he did when he saw a disfigured terrier.

The photograph
Talk of the power of a photograph. Jerry saw the photo and was moved. It was like nothing he had seen before. Some sections of the terrier’s jaw were missing and his teeth were gaping out in all angles.The dog would have been shot dead, given its sorry state. The rescue center where the terrier was being sheltered wouldn’t allow this to happen. Jerry knew it would be difficult to adopt him but he made a move anyway.


The founder of the rescue center Rossendale Responsible Rescue was not sure Jerry would manage. In his email to the Jerry, he doubted Jerry would be in a position to adopt the terrier. Jerry, on the other hand, believed that his experience with dogs stood him a chance of giving this terrier a new lease of life.
Were terrier’s injuries from badge baiting? 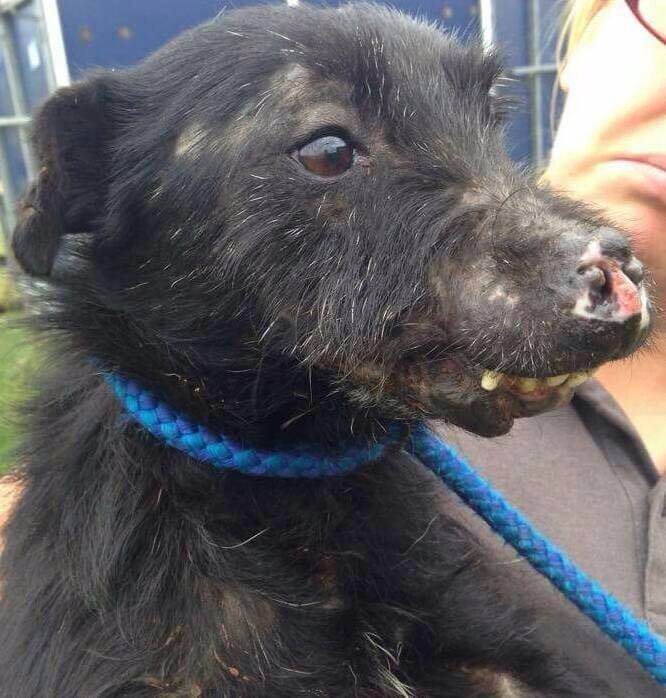