Stories of abandonment are always heartbreaking. More so when the one abandoned is helpless.

Around the world, we hear horrifying incidents of parents abandoning their babies, adult kids abandoning their aged parents, families abandoning their dependent and often disabled relatives. In a world of abundant abandoning, the story of Mojave is bittersweet.
Mojave is a pit bull who was abandoned at Kansas City in Missouri. The owner of the pit bull drove up to an illegal dumping site outside Kansas City, pushed the dog out of the car and drove on. Mojave was seen in the video to be initially unaware of what was happening. The moment Mojave realized the car was driving away, it kept running but could not keep up with the pace of the car. Eventually, Mojave gave up and chose to wait there.

The video was not checked in real-time. The video was only checked after a codes enforcement officer spotted the pit bull in the area after eight days. For eight days, Mojave was at the illegal dumping site, left behind by the owner. The codes enforcement officer followed up with the animal control, officers were sent to the scene, the video was obtained from the archived footage and it was then that the whole story became apparent. 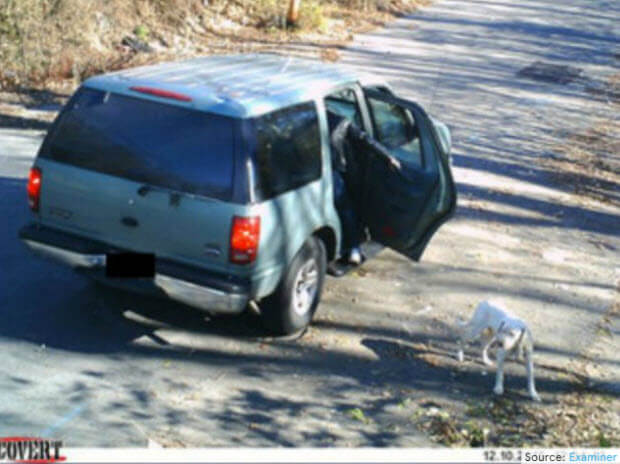