Being Buried Alive Is a Grim Tale From a Popular Work of Fiction – But For One Dog, This Horrifying Story Became a Reality.

If it hadn’t been for an attentive citizen, this dog may have had a very grim ending. Spending just a few hours without sunlight, food or water is unsafe for any living creature, but imagine being left alone for two days! This is the plight one dog faced, and it is a miracle she made it out alive.

Being Buried Alive
Our story begins with a man living in a housing complex off the streets of Vorenezh, Russia. Vadim Rustam, the local hero, heard faint cries and whines from what he thought to be a dog buried beneath the sidewalk. Vadim began to rip apart a recently renovated area of the sidewalk where he heard the barks and whining.

It appears that the dog became trapped after the city responded to a request to fix the brick walkway in front of a housing unit. As Vadim and other residents soon learned that the city was indifferent to the dog’s condition, he grabbed his tools and decided to rescue the dog on his own.

After an hour or two of digging and undoing the freshly laid bricks, Vadim set the dog free. The furry victim was amazingly unharmed and still alive and well. After the dog was pulled from the rubble, it was discovered that she was pregnant! Rustam saved many lives with his quick thinking and desperation to save the day. 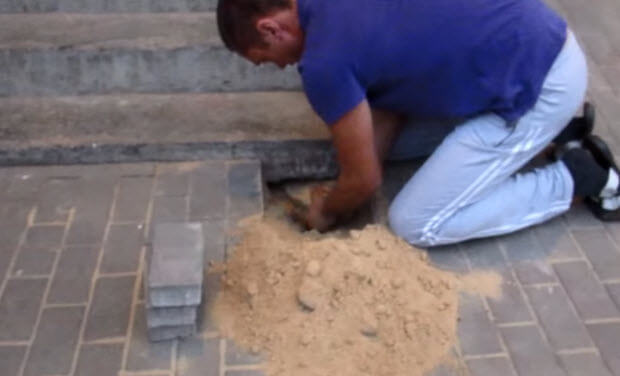