Millan was accused of animal cruelty. Many expressed their concern about his techniques in dog training and claimed his tactics were inhumane. He was called Dog Screamer and some claims his techniques were barbaric. 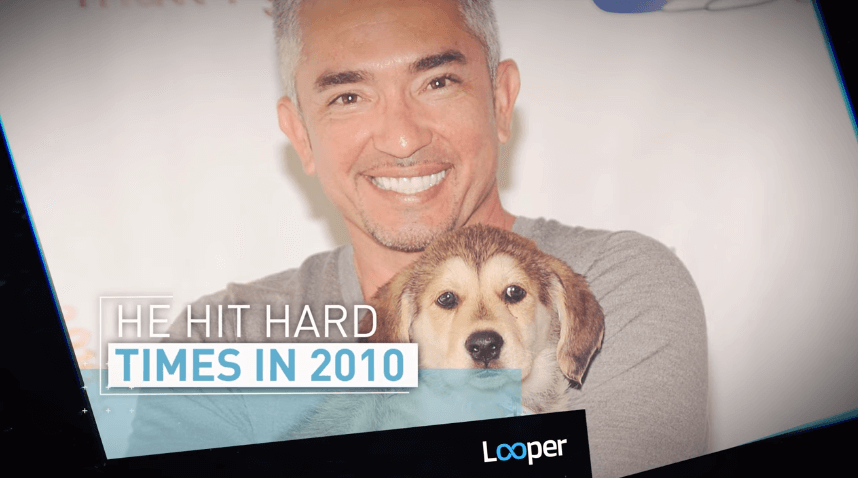 Hard times were not over for Millan, as when 2010 hits, he was under a series of bad luck. His 16-year-old show assistant and friend named Daddy died of Cancer. Not only that – he received news from his wife she filed for divorce the following month, leaving Millan more devasted than he already is. Another storm struck after Millan had to assess his finance and learned he was left with very little money, leaving him broke. How the world famous dog whisperer ended up broke? He learned he made a series of bad business decisions because of his lack of financial knowledge.

With everything going on, he decided to end his life in 2012. He claimed the death of Daddy, his divorce, and financial situation made him so depressed he wanted to commit suicide. He swallowed a whole bunch of pills, hoping it would be enough to make him not wake up again. Luckily, he was found just in time by his sons who rushed him to the hospital. When he woke up, he was in a ward where everyone knew and admired him. This gave Millan the courage to start over again.

Millan picked up himself and started moving forward by exercise, affection, and discipline to battle his depression. It worked, and he soon found himself regaining himself. He found a new love – Jahira Dar, and was offered new opportunities in a series of television shows.