The Poor Dog That Was Left Behind

At a time when dogs are being abandoned all around the world, it is obvious people will think that a Staffordshire Terrier spotted on a bus in London, all by itself and clearly clueless without anyone familiar around, must have been abandoned by the owner. People clicked pictures of the cute dog and shared on social media but no one tried to do anything. Even the bus driver could not do much because he was afraid the Staffordshire terrier may hurt him. The driver did go on record later to say that the dog was absolutely harmless and did not even bark or attempt to attack anyone.

According to rules, the dog was not moved from the bus when it finished its trips for the night. When the driver returned the next day, the dog was still on the bus, sitting calmly but was perhaps a little cold. The terrier was certainly hungry and thirsty. The conscious driver gave the dog some food and water, also his body warmer. It would shudder anyone to think of spending a night on a bus in London, without anything to keep one warm, without food and water. The dog surely had no idea where he was. 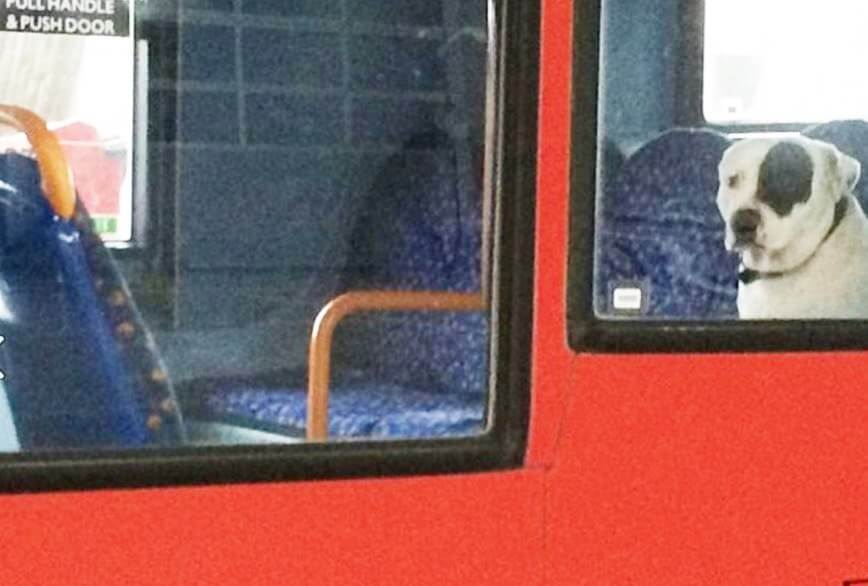