Old dogs are often taken for granted. Is it not uncommon to find a senior dog in the streets and in shelters? Why do some of us fail to realize that old age and a change of appearance, energy or habits doesn’t degrade anyone’s worth?

While I can understand that there are many responsible owners who love their senior dogs to death, there are others who fail to care for their dogs no matter the age. But what are the common causes of why senior dogs and younger ones alike ended up being homeless? Here are some of them.

This is one of the sad realities we live in. Many news, articles and even social media posts are showing how dogs in their senior years are left homeless regardless of the reason. Recently, an old dog was rescued from the streets. Apparently, his owners had the same reason listed and mentioned above.

This is the Rescue Story of a Senior Dog Named Wally 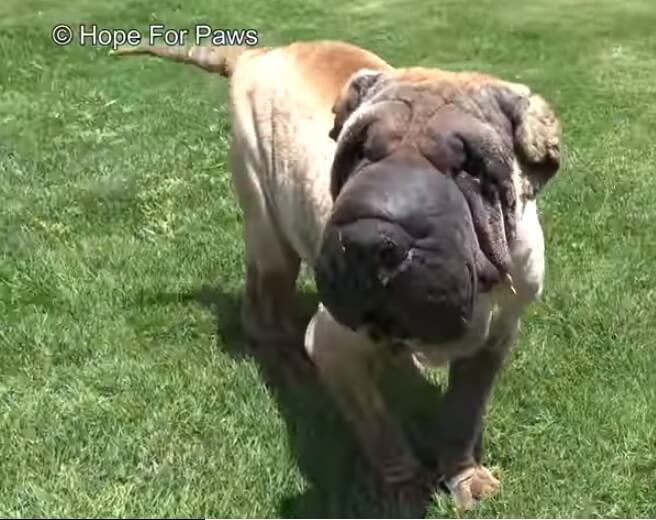 An animal rescue group, Hope for Paws received a call from a concerned citizen that a homeless Sharpei was found in a lot. People were feeding the poor senior dog but they knew he needed more help.

The old Sharpei named Wally was so gentle but it is clearly in pain. His face is so swollen that he can’t even smell or see the cheeseburger offered by one of the rescuers. He is also having a hard time breathing.

When they asked how the man who called them up knew how to call them, he said he knew after watching their rescue videos.

The senior dog is so friendly. He just let the people who came to help put a leash around his neck, wagged his tail excitedly and went with them with no struggle whatsoever.

The good thing is that Wally had a microchip. The rescuers were thrilled to know this as it could mean Wally has a home and owners looking for him. They went ahead and called the owner.